A discussion forum for the SmartPLS community.

I am estimating the below attached model. The model includes a predictor variable, two "mediating variables" (though the data are cross-sectional), and six outcome variables. I would like to use the multi-group permutation approach to compare the five countries in my data-set on this model. I am particularly interested in comparing the direct paths from PPG to the two "mediators" and to each the outcome variables, as well as the specific indirect effects of PPG on the outcomes via BPNS and PPG on the outcomes via BPNF (separately). The results of the permutation procedure, deliver just a single "indirect effect" which makes sense, but I'm wondering if there is a way to extrct the "per mediator" indirect effects without having to run separate path models (one with BPNS and one with BPNF).

Taken together, the results suggest that I cannot take the specific indirect effects from models that separately include either BPNF or BPNS as a mediator, because the indirect effects aren't the same in a model with one mediator, to the model which includes both.

It would be great if someone could provide some advice here. 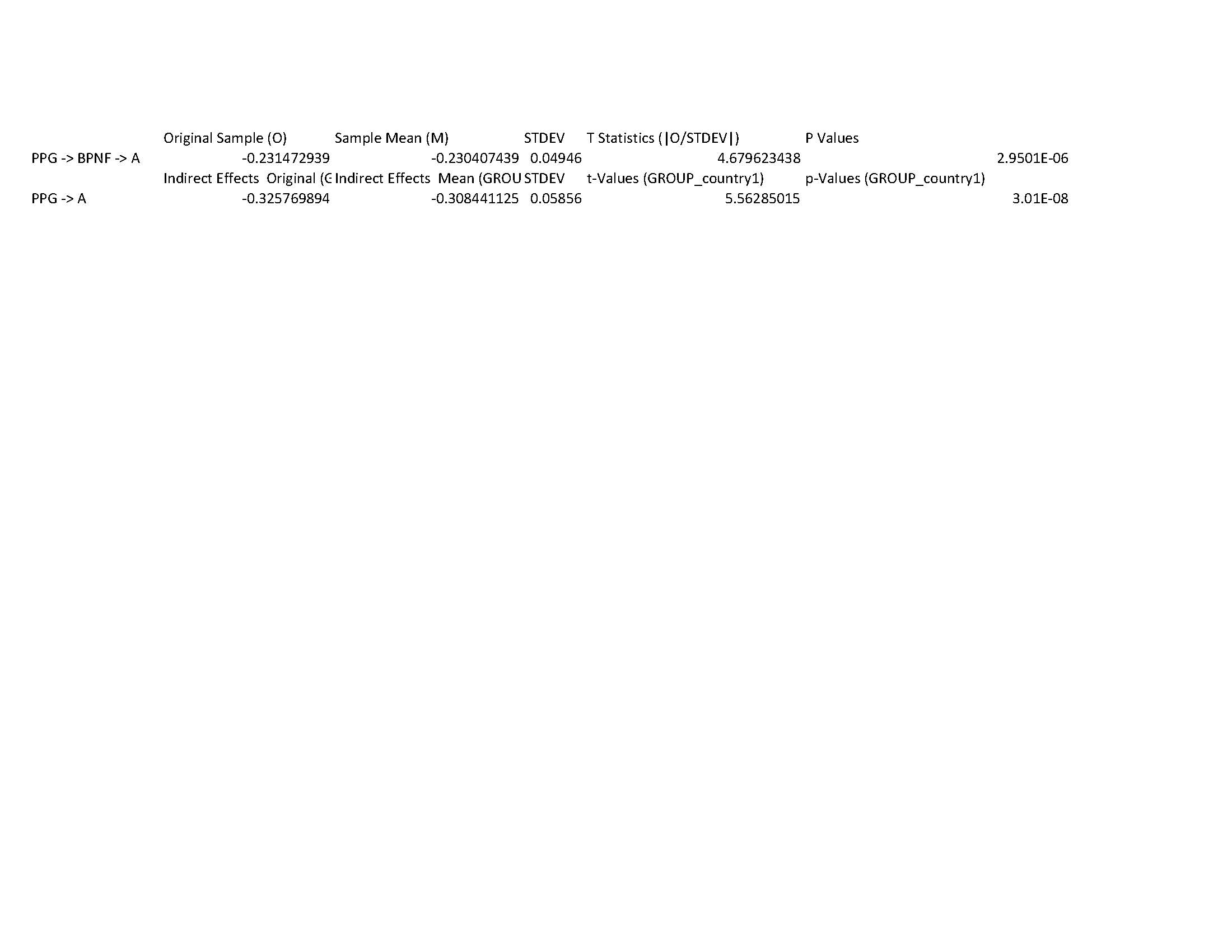 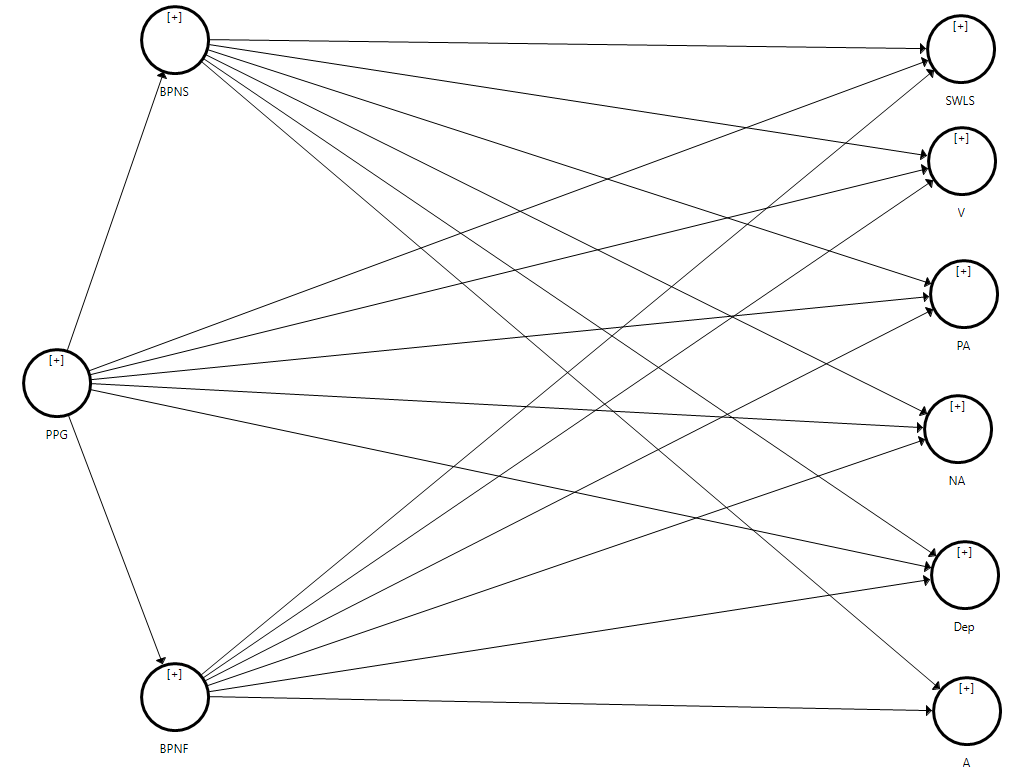 You are right. Specific indirect effects are yet missing in PLS-MGA and Permutation. We will put that on the list for the next release.
Dr. Jan-Michael Becker, University of Cologne, SmartPLS Developer
Researchgate: https://www.researchgate.net/profile/Jan_Michael_Becker
GoogleScholar: http://scholar.google.de/citations?user ... AAAJ&hl=de
Top

Thanks for getting back to me jmbecker, do you have any ideas on how I might manually execute the analysis before the next release? Or, by any chance, is the next release is going to be, like, tomorrow? I'm kidding, of course, but it would be great to get a sense of when the next release will be.

Group level comparisons of the specific indirect effects are the last pieces of the puzzle for our manuscript, so any advice you have on how we might progress our analysis would be appreciated.

We thought to extract the total effects, and multiply the a paths and the b paths to calculate the specific indirect effects from the full model, but that doesn't help with the group level comparisons.

Also, we could simply compare the manually calculated mean specific indirect effects across bootstrapped samples, and the confidence intervals to see if the countries differ. However, I know it is possible for there to still be a statistically significant difference between groups even if their confidence intervals overlap. I'd be interested to know what math will be involved in your adding this to the next update, as I may be able to do it in R (as described above).